I am getting caught up with my Astronomy magazine reading and was reading the article "Saturn's small wonders" in the March 2018 issue in which Francis Reddy discusses how "the Saturn system is also home to some of our solar system's most intriguing moons."

For example, Atlas and Pan both have equatorial ridges formed from the accretion of ring material, making them appear, as Reddy describes,  like ravioli. In an ice moon in a ring system of a gas giant, an ice moon large enough to have oceans under the ice, this accretion could form an equatorial mountain range which, because of gravity, would press down on the equatorial ice (though the spinning moon would counteract some of that) forming an ice ceiling mountain range.

Another thought involves air pockets under the ice. Moons orbiting large planets tend to be "massaged" by gravitational forces, especially if the orbits of the moons are not perfectly circular. This keeps adding energy to the moons, heating their core, creating dynamic worlds: undersea volcanism. This helps mix chemicals, increasing the chances of life forming (indeed, undersea vents on Earth are teeming with life and many feel that life may have gotten its start around such vents) as well as producing air bubbles.

So imagine sentient life evolving in such an ice-covered water world. The sky is a thick barrier of ice that has upside down ice mountains and valleys with air. For such life, this would be normal. A mostly dark world, lit up by the occasional volcano (most would be volcanic vents issuing gas but no bright lava), and, quite possibly, life forms that are bioluminescent; a mostly dark world that has a seabed with mountains and an ice roof with ice mountains. The whole universe is contained between the two. At the top of the universe are scattered air pockets and the sky cracks, with water flowing up to who knows where until the crack closes or freezes shut.

The sentient creature wonders: "What is beyond the ice roof? Where does that water go? Is there another water universe beyond that ice roof--a shared ice roof with another universe? But then why does the water only flow into that other universe and no water flows in? What comes in, comes in via the seabed vents...is there an ice base under the seabed? So are the worlds nested within each other?" Does their Jules Verne create a story of a journey to the center of their world only to break through and find another ice world? 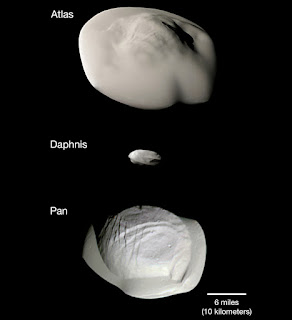