In ABC's "V," a rich source for those who like to speculate on alien realities, the Visitors arrive in very large space craft. Some critics think that such arrivals could not happen without our noticing. However, we Earthlings already are working on cutting edge stealth technologies that address making objects invisible to various frequencies  so it is not far-fetched to think that an even more advanced alien species would have perfected such technology. (Do these critics not have access to Discover, Scientific American, Science News, Discovery Channel, or the Science Channel?) 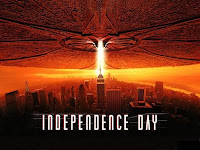 For me their arrival presents a different problem involved with first contact. After 9/11, and after watching movies like Independence Day and District 9, surely an advanced race would realize arriving in large ships unannounced to a jittery planet would be a monumental faux pas. Maybe early in the universe, the first space explorers made such faux pas, but it seems logical that they learned that one needs to study another planetary species carefully, learning their culture and language before contact

Lost in Space Translation (and You Thought Learning Klingon was Hard...)

But learning the culture and language of another world is fraught with incredible difficulties. Aliens that perceive the world differently than we do (live in a water world with heavier gravity, no land masses, and circling a binary star for instance), who use a different means of communicating (communicate via light, or electromagnetism, for instance), and have a different physiology and psychology (asexual, cold-blooded, egg-laying, creatures that feed by sucking the fluids out of other creatures) would have very different frames of references than we do.

And since our words have connotations, and we tend to use idioms and tropes (such as metaphors), an alien would need to understand not only our alphabets, syllabaries, and pictographs, but they would have to enter an strange world more foreign to them than our alien (to them) planet: our minds - what makes us tick.

Think about how difficult that would be. Imagine how difficult it would be for a sentient creature that communicates via light and can see the color blue, a color to which it attaches an emotional sexual connotation, describe that color and convey its connotations to an alien sentient creature that is impassively asexual, blind, and communicates via sound. This goes beyond "lost in translation." 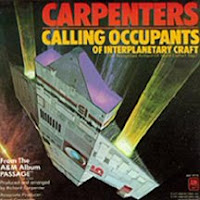 Thus, an alien species, from "neighbors" saying hi to those bent on being our overlords, would likely put long effort into studying us secretly at first: learn our languages and try to decipher and understand our culture, traditions, and psychology. Although, with the advent of the Internet, we've just made the job not only easier, but so much more fruitful - they can gather so much intel from afar by just tapping into our Internet via eavesdropping on our satellites.

If that alien species associated the colour blue with some sexual attachment, what would they think of our predominantly blue Planet Earth in the first place?

Imagining an alien species whose individuals were turned on by the very sight of our world is an interesting exercise. I can well imagine the problems arising with the Ambassadors of that species ...

But yeah, appearing unannounced with HUGE spacecraft hovering over the world's cities is a definite First Contact faux pas.

Arthur C Clarke, mayherestinpeace, came up with that image first in his novel Childhood's End, and the alien species there of course were harbingers to the end of the world, their presence there being simple consolation for a species which had no idea it was on the verge of extinction.

I always postulated that the aliens in ID4 had no need to drop those huge disk ships over the major cities. Since the mothership was planetary size (it was 1/4 the mass of Luna) all it had to do was just move into a very, very tight orbit and let tidal forces to all the work for it, wiping out the major population centres with massive earthquakes, tidal waves and volcanoes.

Big ships are a definite no-no. Probably the best approach would have to be covert.

(1) Overhear the radio transmissions. If they've not yet evolved radio communications, wait until they do.

(2) Observe the species based on their transmitted visual imagery, assuming they reach the technology where this becomes possible - and where such signals can be translated. A species that "sees" with sonar will have a very different kind of TV broadcast network, possibly developing 3D TV a lot earlier than us.

(3) Covert scouting missions to extract DNA or whatever material passes for DNA from individuals.

(4) Cloning individuals of that species, and making them aware of the existence of the contacting species.

(5) Infiltration of those clones into the world, with the intent of conditioning the species in preparation for First Contact through popular media, SF programs, establishing science programs such as the equivalent of SETI etc.

(6) When the species is ready, initiate First Contact with them through radio signals, and make arrangements for the first face-to-face meeting, assuming they had faces.

Good point about the color blue!

Childhood's End is an incredible novel. One of the earliest novels by the master that I remember reading. I remember, not long after reading it, buying a poster of a large spacecraft hovering just off shore, with two kids running toward it.

Anyway, I agree that covert ops make the most sense. Unfortunately that may mean abductions or cloning of humans to study them.

But less sinister methods could involve postbiological androids made to appear as humans - avatars for the aliens. Though they may want to wait to do that until they mastered the languages enough. Such android/avatar covert explorers would be used to gather more in-depth intel - information not readily available via television, radio, movies, or remote observation. Overviews may give them a sense of human cultures as a whole, but that will not give them an idea of the individuals (understanding the forest, but not the trees).

An advanced civilization would know that not all intelligent life would have the same connotations, and also that senses, emotions and so on would differ. If both races KNOW that, and therefore neither race expects the other to be like them, that would solve the faux pas problem. If contact took place not ON a homeworld, but two ships meet in space, that would solve the legal equivalent of faux pas, since ships are bot outside their homeworld and need flexibility to explore space, the latter because space contains lots of unknown things. Even earthlings TODAY know that VAST differences in connotations, emotions and senses can exist.

One would hope that an advanced alien species would understand that different planetary species would have very different perceptions, customs, and beliefs. But I also do not find it impossible for some species to still not fully get it - advanced technology can be developed faster than the species ability to mature along with it.

Here's a scenario that may be extremely rare (I hope): an alien species' religion centers, hinges upon, the belief that they are the one and only sentience in the universe. Any other planetary species would have to be looked upon as demons, or what ever passes for their vision of evil, trying to trick the faithful. It would be hard to deal with them. I think first contact needs to be done very very cautiously.

Hopefully, though, other species would ban together to cordon off the zealots to protect themselves and the rest of the galaxy.