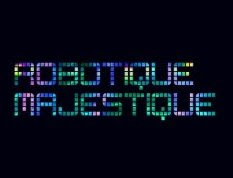 Today I was listening to "Club Soda" by Ghostland Observatory off of their new album, Robotique Majestique.

I like their instrumentals, the vocals - not so much. Just my personal tastes. But it got me to thinking about music and how some claim it to be "the universal language" (others would argue it is mathematics, but then there is a relationship between music and mathematics, but I digress...).

Back to "Club Soda:" the song has the sound of something rising, or powering up, or racing toward the listener. This sound, for Earthlings, adds a dramatic component. If reversed, it can remind one of the sound of something crashing, or a bomb falling. Whether caused by Doppler shift, or by the physics of sound in a chamber that is decreasing the volume of air, or by the physics of sound as a spinning mechanical device increases in speed, it gives the feeling of something approaching. This comes from our experiences in the world. When we fill up a bottle, when a train heads towards us, when a bomb or mortar flies toward us, or when a powerful motor spins up to speed, there is that sound sliding up the scale.

Would aliens feel the same? Physics is physics whether here or on Omicron Ceti 8, and sentient beings would most probably be good at finding patterns and making connections. However, for sentient beings that are deaf by nature and who mainly communicate through scent, touch, or light, this sliding scale sound may have no meaning to them whatsoever.

For those that do hear, the question may actually be do they experience emotion as we do, and attach emotion to sounds? They may not. Or may experience the emotions differently. Some will communicate by sound in different ways than we do because of their different physiology and/or the differences in physical environments (denser atmosphere or underwater, for example) - and the sliding scale sound may be one they reproduce naturally themselves in communicating and so does not have any dramatic connotation to them.

Hmm, but yet... it would seem that nature likes to be efficient when it can, or that it at least tries to be. It seems very logically, and efficient, for creatures to interpret the sound of something approaching, or falling, or increasing in power as something dramatic - to stop and pay attention to. Creatures that do are more likely to survive than those that do not.
Posted by David M. Merchant at 10:39 PM